Free Fire’s popularity in India has led to the rise of many well-known rosters and professional players. One of the most renowned tournaments in the Indian esports scene is the World Esports Cup 2021.

The India Finals of the World Esports Cup 2021 are scheduled to commence on Wednesday, 29 December 2021. And Desi Gamers is one of 11 teams to have qualified for the tournament.

Q. Being a professional player comes with its own set of challenges. Tell us about your journey in a competitive gaming scenario.

Ignite: To become a professional player, there are many challenges that one has to face, as I did. I began my journey in the competitive gaming scenario in December 2020, when I played my first-ever official tournament – Free Fire Battle Arena Season 2. We reached the Finals and made the top five. This motivated me to pursue a career in esports. I began playing back-to-back tournaments since then and never looked back.

Q. Professional gaming is still not widely accepted in Indian society. Did you face any trouble convincing your parents when you wanted to take up gaming professionally?

Ignite: We middle class people have a habit of living the dream before it becomes a reality. Like every other household, my parents had the notion that gaming is not a career and that it is just for entertainment.

At the time, they did not allow me. But I did not give up. I tried to convince them and asked for some time to prove myself. Thankfully, they gave me the time and I became successful in the end. They eventually started supporting me after seeing the results.

Q. You are part of the popular gaming roster Desi Gamers Esports. Can you tell us more about the roles that each gamer on your roster plays? With whom do you have the best synergy?

Ignite: The Desi Gamers Esports roster consists of five players, and their respective roles are:

My best synergy is with Harsh as I have known him for a long time.

Q. Desi Gamers Esports is one of 12 teams to have qualified for the India Finals in World Esports Cup 2021. How are you preparing for the upcoming tournament?

Ignite: We qualified for the National Finals and we are preparing for upcoming tournaments. I spend my time grinding with teammates and spending time with players.

Q. Out of the 12 teams competing to be in one of the top four to qualify for the Grand Finals, who do you think is sure to secure a spot? Who does Desi Gamers Esports consider to be their toughest competitor?

Ignite: We hope to become one of the top four competitors. We have been performing consistently in every official Free Fire tournament and believe we will be able to compete in the Grand Finals.

We consider the other 11 teams as our competitors. Like us, they too have qualified for the India Nationals in the World Esports Cup 2021!

Q. Aside from World Esports Cup 2021, do you have any other Free Fire tournaments lined up? Which one are you most excited about?

Ignite: Aside from World Esports Cup 2021, we are looking forward to the Free Fire Pro League India 2021 Winter. We are aiming to become Champions and are very excited for this tournament.

Q. Who is your go-to character in Free Fire and why? Which pet combination do you usually use?

As for my favorite pet, it is Beaston as he helps in increasing the throwing distance of grenades, flash bangs, etc.

Q. You also have a YouTube channel called IGNITE FF that has a subscriber count of 50k. What went into making the channel? 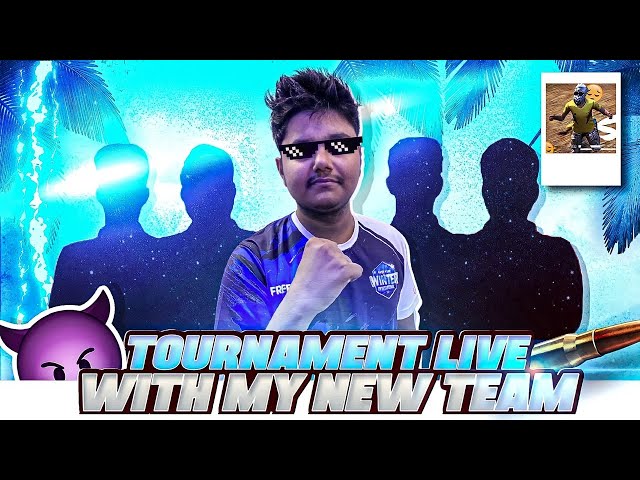 Ignite: I think my audience is curious to know how I play in Free Fire tournaments and how I handle the pressure. They also appreciate humor, which is one of the reasons why I started my channel. Thankfully, people are into my content, which is why my channel is growing.

Q. What is your message to all the aspiring Free Fire gamers out there who want to establish themselves in the professional gaming world?

Ignite: All aspiring Free Fire gamers must not give up if they want to take up esports as a profession. Time is crucial for big things to happen.